I was happy to meet with Chris Hollo and work with him on his Chair Project. Chris is the official photographer for the Grand Ole Opry in Nashville, TN and teaches photography classes. In the spirit of learning, is joining his students on creating photography projects. He's going around to several states and shooting people in a set of chairs that once belonged to a church. 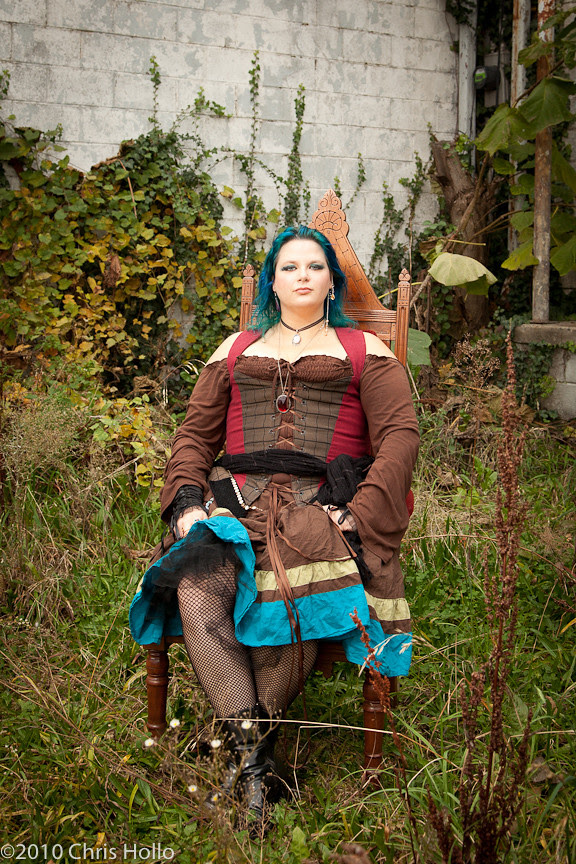 Believe in your own beauty

Believe in your own beauty.
-Francois Nars

-Leonard Nemoy's The full body project
at November 23, 2010 No comments:

I promised I'd do a separate post for lingerie photos taken by Michael Lanning Photography- although I promised to do it yesterday I felt yesterday's blog took precedence. As always you can see the rest of the photos from the shoot on flickr and if you'd like to do a shoot just contact me. 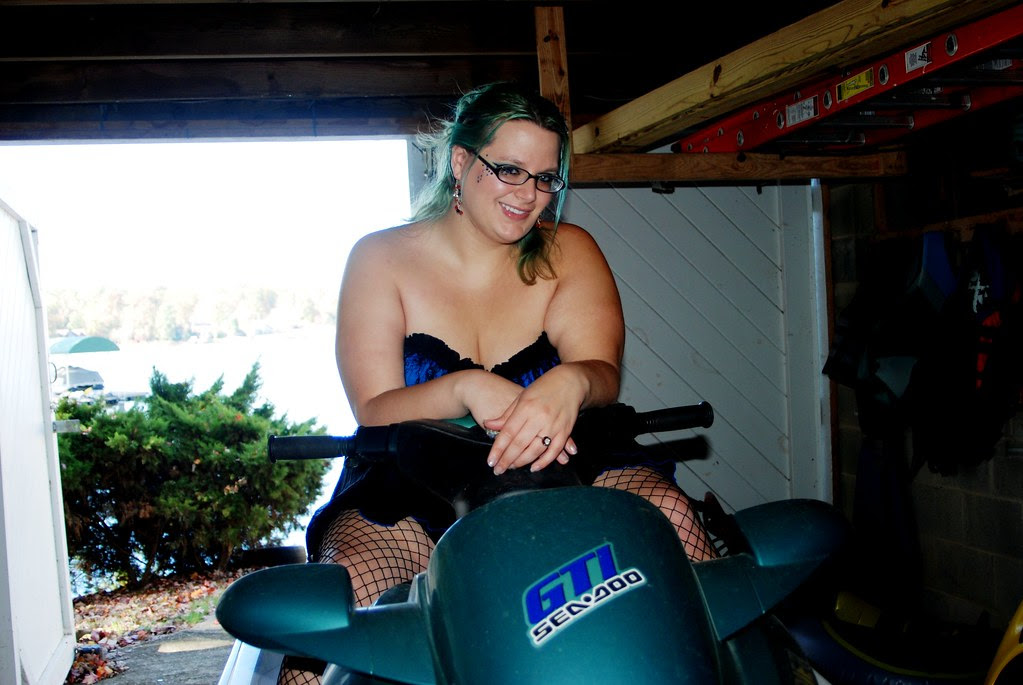 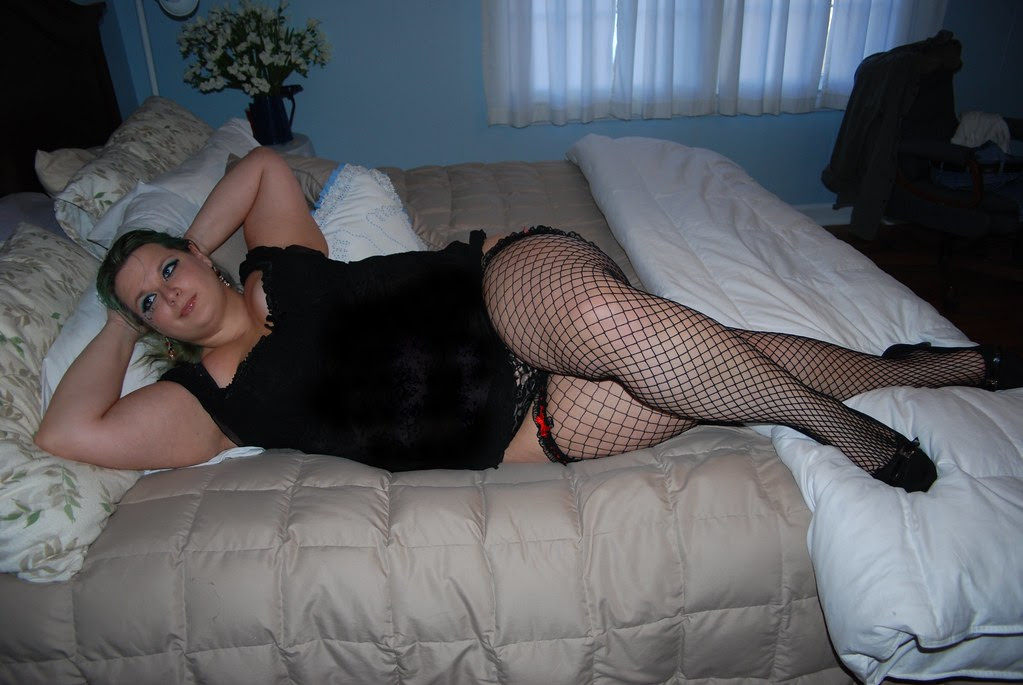 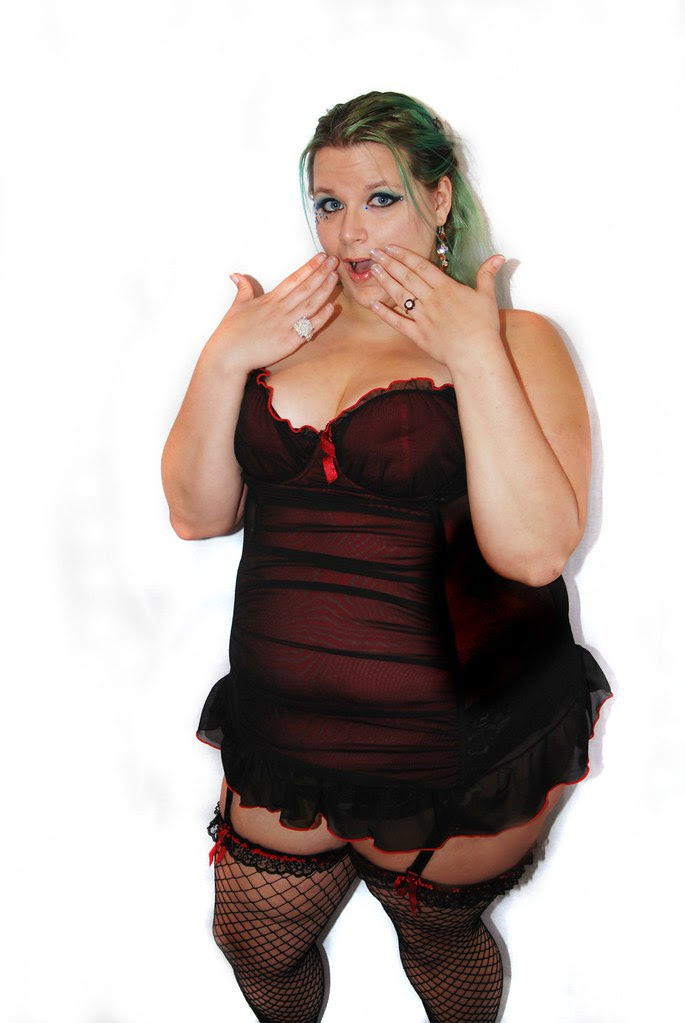 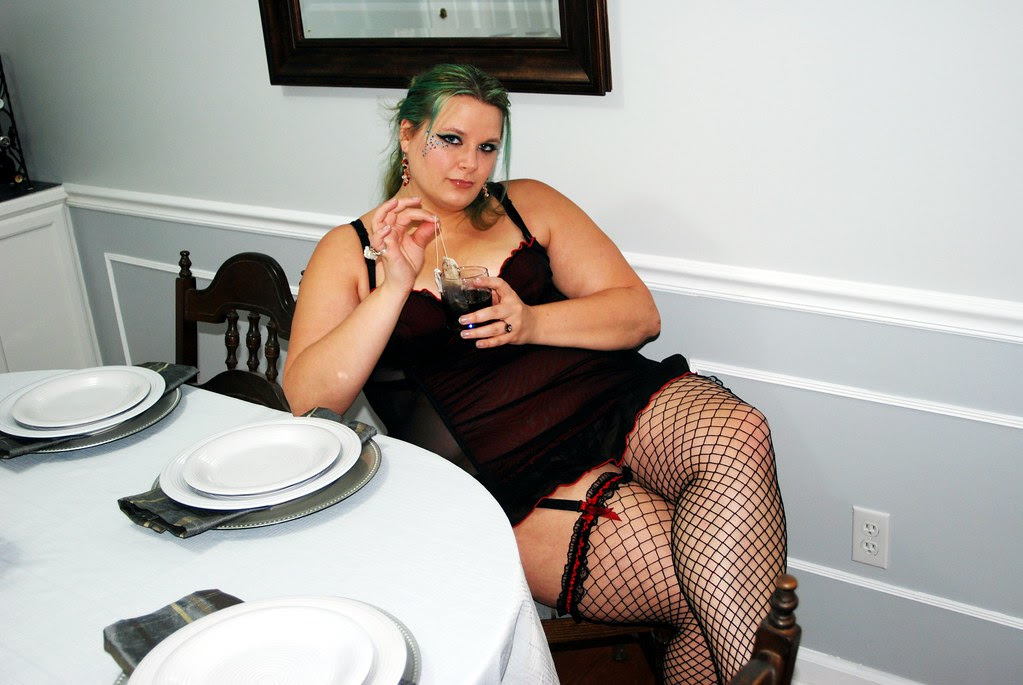 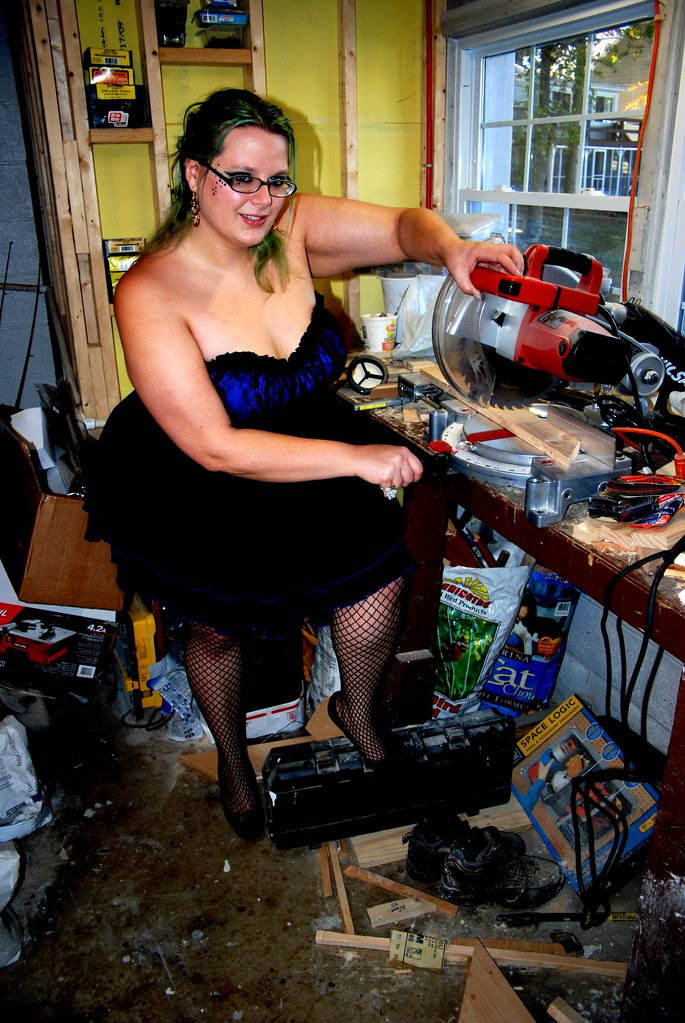 The Beauty in Everyone

I'll be honest, sometimes the modeling thing makes me feel like all of the things I've always disliked about models. A nice big dollop of cognitive dissonance, right? The problem with the modeling industry is that it creates a standard beauty ideal which forces regular women into a box of unworthiness. Men begin having higher expectations which women cannot keep up with without the use of plastic surgery and other dangerous procedures including starvation diets which may sometimes lead to eating disorders. Sometimes women also begin having higher expectations, not only for themselves but other women. We've become a society which is entirely too focused on "perfection" and superficial attributes. This is a large part of why I decided to get into modeling to begin with- to challenge the beauty ideal and the social standard for body size.

When I first began looking up articles on plus size modeling I was extremely discouraged. It seemed even a plus size model couldn't be above a 16 or an 18, but she also had to have certain proportions- of course meaning a small waiste and large breasts and hips. Without clothes my proportions are 48-50-57.  I'm obviously pear shaped rather than the ideal hourglass shape. Fat women are expected to be busty and I, simply, am not. This was another beauty ideal that I had to try to overcome. My point is that I'm not the standard of beauty- even among other fat women.

So why do I sometimes feel like a fraud? I still feel as if sometimes modeling- any type of modeling- sends the message that there is a standard of beauty period. I'm afraid when people look at my photos and say "Oh, you're so gorgeous!" because I don't want anyone to feel  as if they couldn't do exactly the same thing I am. I've heard the "well, you're fat but you're beautiful" line followed by the inevitable "but I'm not", as if the color of my eyes or the shape of my face makes me more beautiful than them- it doesn't. Everyone is beautiful- everyone. I'm caught between challenging a beauty ideal and creating one. It would be so much easier if there was a wide variety of people who made up the images on our TV's, in our magazines, and on our billboards- and not just when they need something "specialized" or "non glamorous". Not just when they need someone to advertise their new diet drug or create an ad shaming people into buying something.

So I say sincerely that modeling is not a bragging right, it is not an elevated status, and it is not a standard that we should all aspire to- we should be aspiring to being the naturally beautiful, wonderful, kind, and thoughtful people that we all should be.

On that note I also want to mention that today is TWLOHA day. For those of you who don't know what the day is about, please visit the website for an expanded history and I'll just give you a small bit. To Write Love on Her Arms is a movement that was created to support those struggling with depression and other mental illnesses and, particularly, with those who struggle with self mutilation. We need to show these people that they are loved, that they are beautiful, and that they are worth being taken care of. Please write love on your arm and spread the word when someone asks what it's for. You can also donate via their website.
at November 12, 2010 No comments:

Dedication to "the" shot

When a photographer goes into a shoot they usually have something in mind- a vision, an artistic representation of an idea, a belief, a statement. There comes a moment in every shoot when you realize that you got that shot- the shot. Well, sometime us models go into a shoot with the same goal. Working with photographers who allow you to be creative and interject your own ideas and hopes into a shoot is really wonderful. Their one shot may be different from your one shot, but if both people come away happy then it was a good shoot.

A few days ago I got the chance to work with a photographer who happily let me run with my own ideas and make suggestions- Michael Lanning Photography. For a creative person sometimes just following orders can be dull, especially when your own head is teeming with ideas. When one photographer contacted me about shooting at a lake house I knew.. I just knew I had to get in the water. So what if it was a few degrees above freezing? The temperature outside of the lake was 58F and the water was so cold that it hurt and made it difficult to breathe, but damnit, I could endure it for the idea in my head (and hey, I went completely numb after a few seconds anyway).

And here is the photo that I so pain painstakingly prepared for: 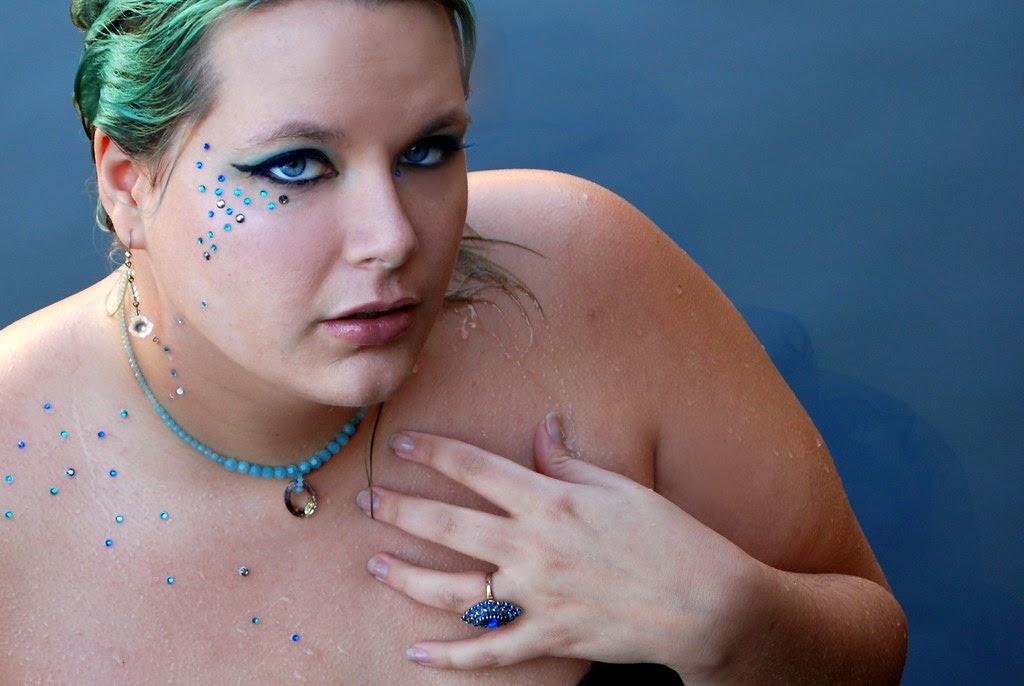 It took me a while to do all of those crystals and an immense amount of dedication to get into that lake. Why didn't I wait until summer when the water would have been warmer? Because creativity is an impulsive thing. ;-)

And now here are the highlights from the rest of the shoot: 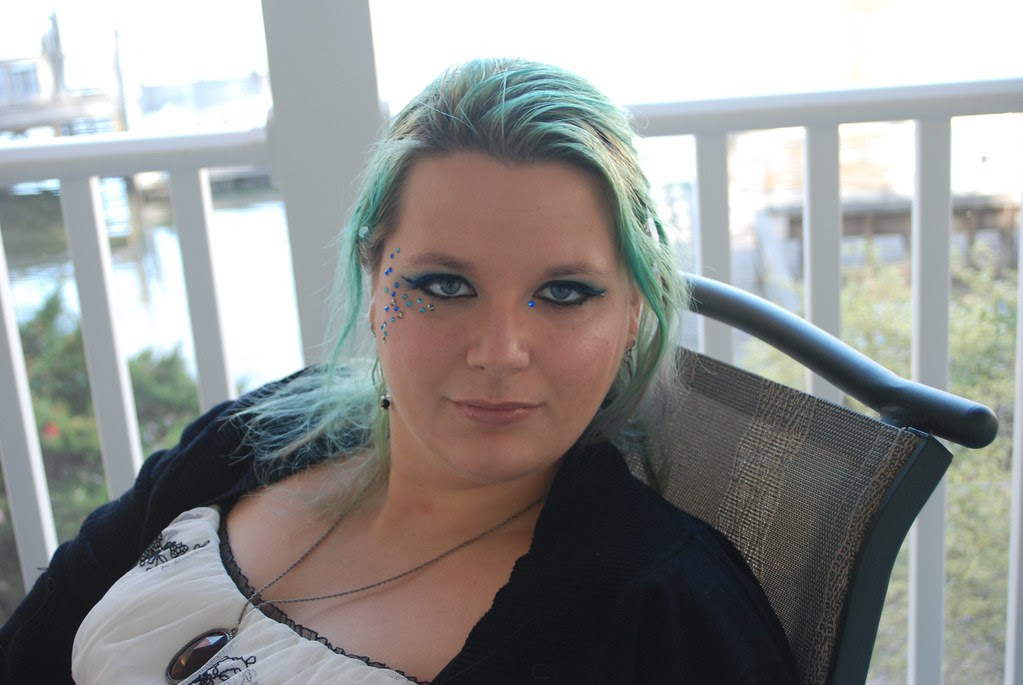 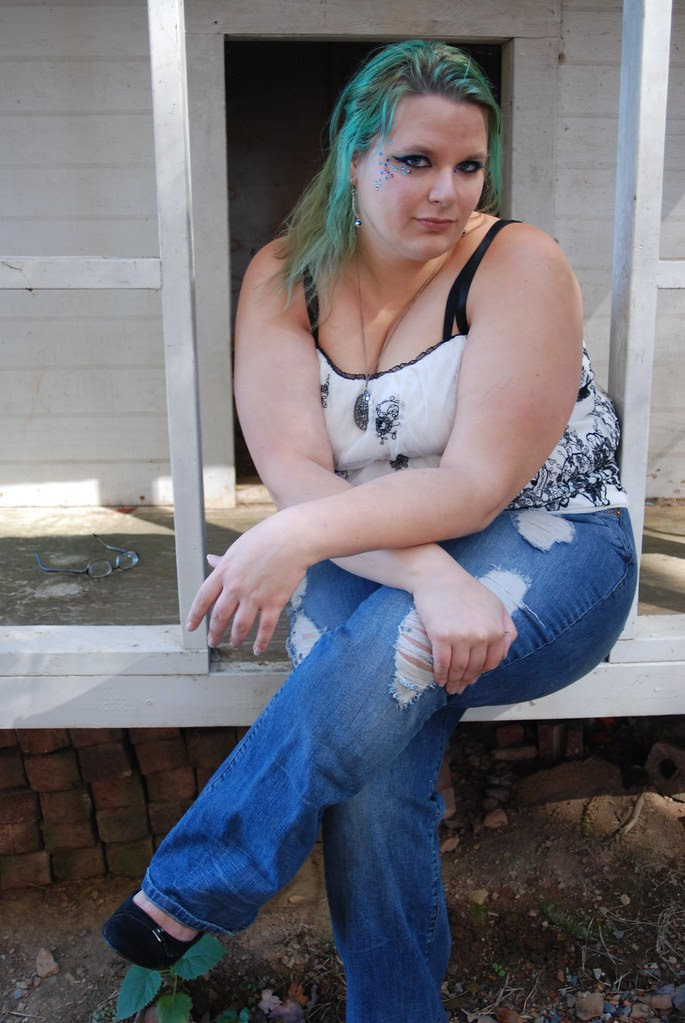 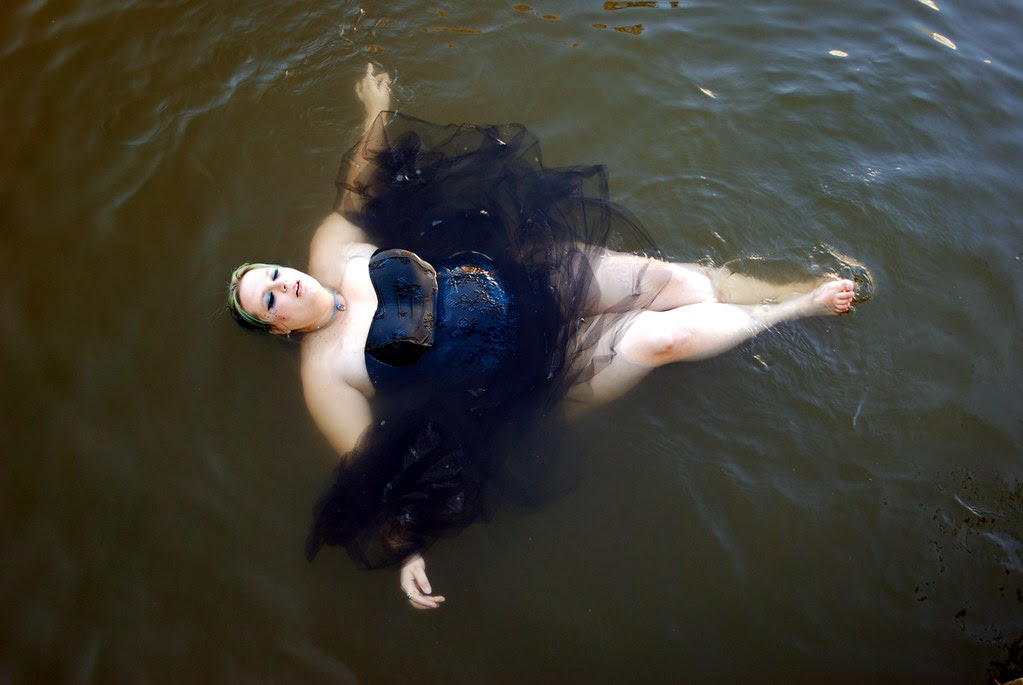 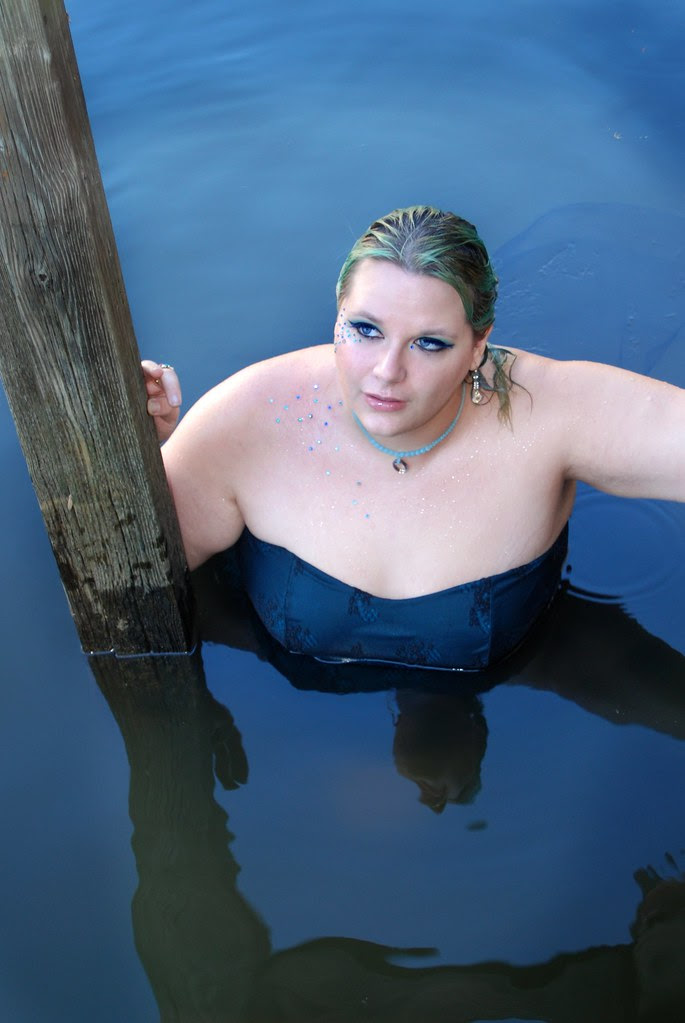 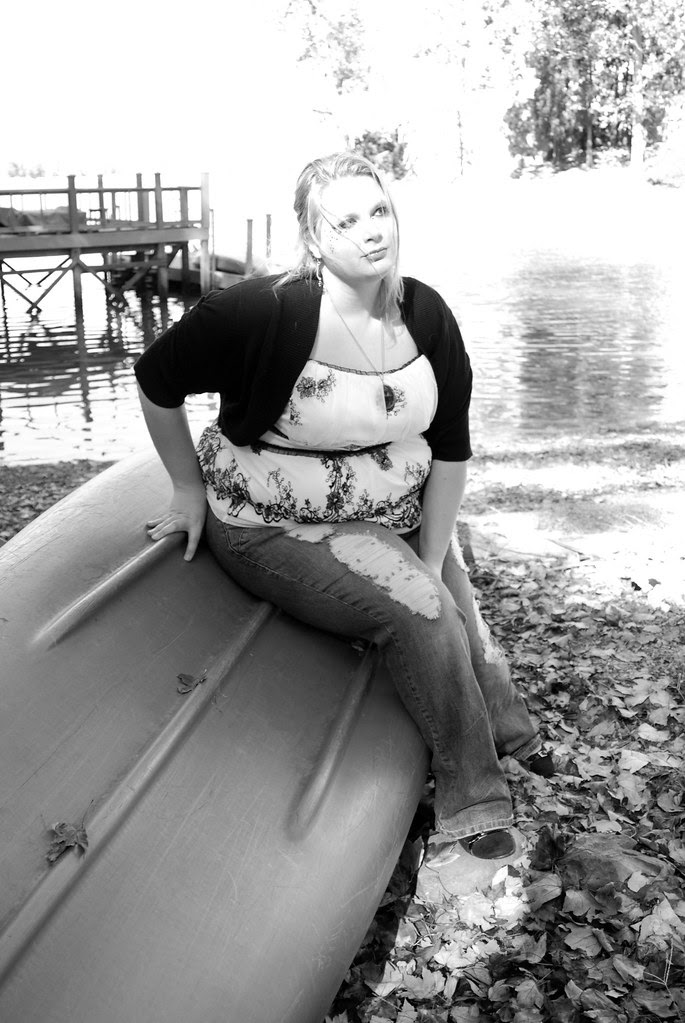 Stay tuned for the lingerie portion of the photoshoot in a separate post! As always, if you're in the NC area and would like to schedule a shoot contact me.
at November 11, 2010 2 comments:

A barage of fatphobia

I think, sometimes, that those of us in the fat-o-sphere (the fat blog-o-sphere) who stand up against sizism and fatphobia and promote body acceptance often are seen as people who can handle any type of bigotry, people who are secure and confident and impenetrable. While I do like to think of myself as a confident person since opening my eyes to the world of body acceptance, everyone can still be hurt by those mean and awful comments, looks, jeers, and behaviors that are so common. I don't want anyone to think that I'm a rock, that things don't hurt me. They do- they shouldn't as it comes from sheer ignorance and immaturity of unquestioning minds, but they do.

Halloween was a great time. I took my son trick or treating. He was a super hero; I made the cape and mask myself in the colors he asked for. This may be the first Halloween he remembers. One a social networking site I posted a quick journal entry which said how happy I was that he had so much fun. It was maybe half a dozen sentences in a single paragraph. Now, anyone can comment on your journal if you so allow even if they're not on your list- and I had always managed disrespectful comments in the past by simply deleting them and there were very few problems.

Somehow this simple paragraph attracted a disproportionate amount of attention (my other posts rarely got comments) and over the coarse of a single day I ended up with over 130 comments of sheer hatred and bigotry. One person even took it upon themselves to post "you are a pig" in every single journal post I'd ever written- then again once I deleted them. There were threats of physical violence and all of the disgusting and ignorant assumptions about my diet and lifestyle that we've all experienced along with the typical insults.

I managed to stay flustered though irritated through the first 30 comments, but soon I was overwhelmed by a panicky feeling- we all know that feeling. Like you're surrounded by a ring of bullies ready to pelt you with stones.. or even bricks (something I've actually had happen to me before but it makes a wonderful analogy as well). A few of the more mild comment included:

"HUMANS ARE NOT COWS EVEN THOUGH YOU LOOK LIKE ONE."

"the way she is a pig is much worse than just the bloated unexercised body."

And I'm not kidding when I say these were the nice comments. Ultimately I had to ban commenters from every single journal entry I'd made on that site. A few days later when I tried to login to blogger to write this post I found I had to verify everything because there was suspicious activity on my account- perhaps a coincidence but I don't think so as I did link to this blog from my profile. People feel the need to attack when they feel insecure- we all know this, yet it's hard to keep in mind when you are in the middle of an attack. Certainly fat people are one of the last groups which is socially acceptable to attack and abuse.

In a hotel lobby this past weekend, in a news story covering a race to fight childhood obesity, a woman claimed one of her biggest reasons for participating was that fat children were more likely to experience mental and emotional problems. Instead of simply addressing the problem of abuse from bullies, her solution was to blame the victim- to ask them to change. It's like asking the gay kid to just act more straight instead of actually telling kids homophobia is wrong (ditto with transphobia which is often tied in to that kind of bullying).

A few years ago I never would have seen myself fighting a civil rights battle. Like most young people I thought the bulk of civil rights issues were over. But then, I never realized what I went through wasn't my fault, that it was discrimination, and that my view of the world was completely and utterly wrong. With years come knowledge, and unfortunately that includes the realization that human rights are being violated every day- for the LGBTQI community, for minorities, for children, for the disabled... and yes, for fat people. For most people, even for human rights activists, sizism isn't even on the table as a valid form of oppression and discrimination- we have to get it on the table. Our fight has only just begun- but it's getting better and we all have a say in that.
at November 10, 2010 No comments: