Lighten Up, It's Just a Joke

A great article called, Lighten Up by The Real Katie, has been going around. It's a feminist post about sexism in the programming world. Not just the obvious sexism but the little things that add up to it sucking to be a woman in, well, really any geek circle. As I read it I couldn't help but think about how it also applies to fat people or any oppressed group really. But since this is a fat acceptance blog, we'll talk about it in that context.

People have this misconception that making something into a joke gives it a free pass. People who feel that you can make a joke out of anything and no one has the right to be offended because, hey, lighten up, it's just a joke! Unfortunately for people who are systematically subjugated with routine discrimination, stigma, threats, and even violence, a joke is a little more than just a joke.

So yeah, I'm also tired of being told to "lighten up". Or that I'm being overly sensitive or too PC. When you make a fat joke, you're not talking to the air, you're talking about me and you're spreading stereotypes through humor. Ragen at Dances With Fat calculated that we receive about 386,170 negative messages about our bodies each year. And it's the big things as well as the little things. That's over a thousand negative messages about our bodies every day. How long could you go without getting pissed?  A dozen comments? A hundred? Those negative messages are putting fat people or even people afraid of being fat at a higher risk for eating disorders and even suicide. Since eating disorders are more common in children than diabetes, I think it's time to take a serious look at why telling us to just "lighten up" is such bullshit.

In fact, telling people to lighten up has been used against oppressed groups for a really long time. What? You're angry because people constantly mentally and physically attack you for your body size? Oh lighten up. You're mad because you've been denied health care even with no pre existing conditions? Geeze, lighten up. You're mad because your kid just killed himself due to weight bullying? Why are you being such a hard ass? Lighten up. Really, at what point do you stop lightening up and start getting angry? At what point is it justified to these people? It's not. Not ever. These people wouldn't care if they started marching fat people up to a slaughterhouse, at any hint of anger they'd be told to lighten up.

Well hell no. I'm not going to lighten up. Not about women's rights, not about LGBT rights, not about fat rights (and each group faces it's own unique set of issues- I'm not trying to say they're all exactly the same). I believe strongly in all of these things and just because it kills your buzz at a party doesn't mean I'm going to stop. That I'm going to let that fat joke slide or that comment about how fat people shouldn't be allowed health care, or that the depression is their own fault. I'm going to get mad and I'm not going to apologize for it nor should I. Stand up, get mad, and get something done. It helps to not just start screaming at random people who say something stupid, but don't be bullied into backing down from an honest to goodness issue that needs to be addressed. If someone tells you to lighten up then you tell them if everyone did so when told then there'd be a hell of a lot of people without rights.

From The Real Katie's "Lighten Up"

How long would you put up with it? Do you love anything that much? If your spouse subtly treated you like crap every day, how long would your marriage last? If you saw a friend being treated this way by their boss, wouldn't you tell them to quit?

Or would you tell them to lighten up?

You, person who told me to lighten up, saw one little thing. It didn't seem like a big deal, did it? One little line! One joke! One comment! But it's not just one thing to me: it's one of thousands that I've had to endure since I was old enough to be told that 'X is for boys!' It's probably not even the first thing I've had to deal with that day, unless you've gotten to me pretty early.

That's the main problem with subtle discrimination. It leaves those that it affects the most powerless against it, quietly discouraging them. If they speak up, they're treated to eye rolls at the least, and at the worst, are called oppressors themselves. We're accused of not wanting equal rights, but of wanting tyranny.

I would just like the million little barbs to stop, and I would like to not be told to 'lighten up'.

But, what do you eat?

I'm vegan, gluten free, and fat. So I get asked what I eat an awful lot. Since I love taking photos and I get tired of answering that question I created WTF Do You Eat? (Diary of a Fat Vegan) which chronicles everything that I eat, every day (seriously). And I wanted to share with you by posting photos of what I ate over the past three days and you can see more by visiting my blog! I don't feel the need to justify what I eat, I have no idea how many calories are in each meal, and I eat what I want, when I want, how much I want. I'll tell you that my new fave snack is tortilla chips and guacamole- yum! My favorite sweet this week? Ghirardelli semi sweet chocolate chips (as you can see in this morning's breakfast!).

On The Menu:
Wednesday:
Morning O's with banana (okay, this wasn't gluten free. It was an accident as I just had a brain freeze)
Pad Thai with rice noodles
BBQ tofu 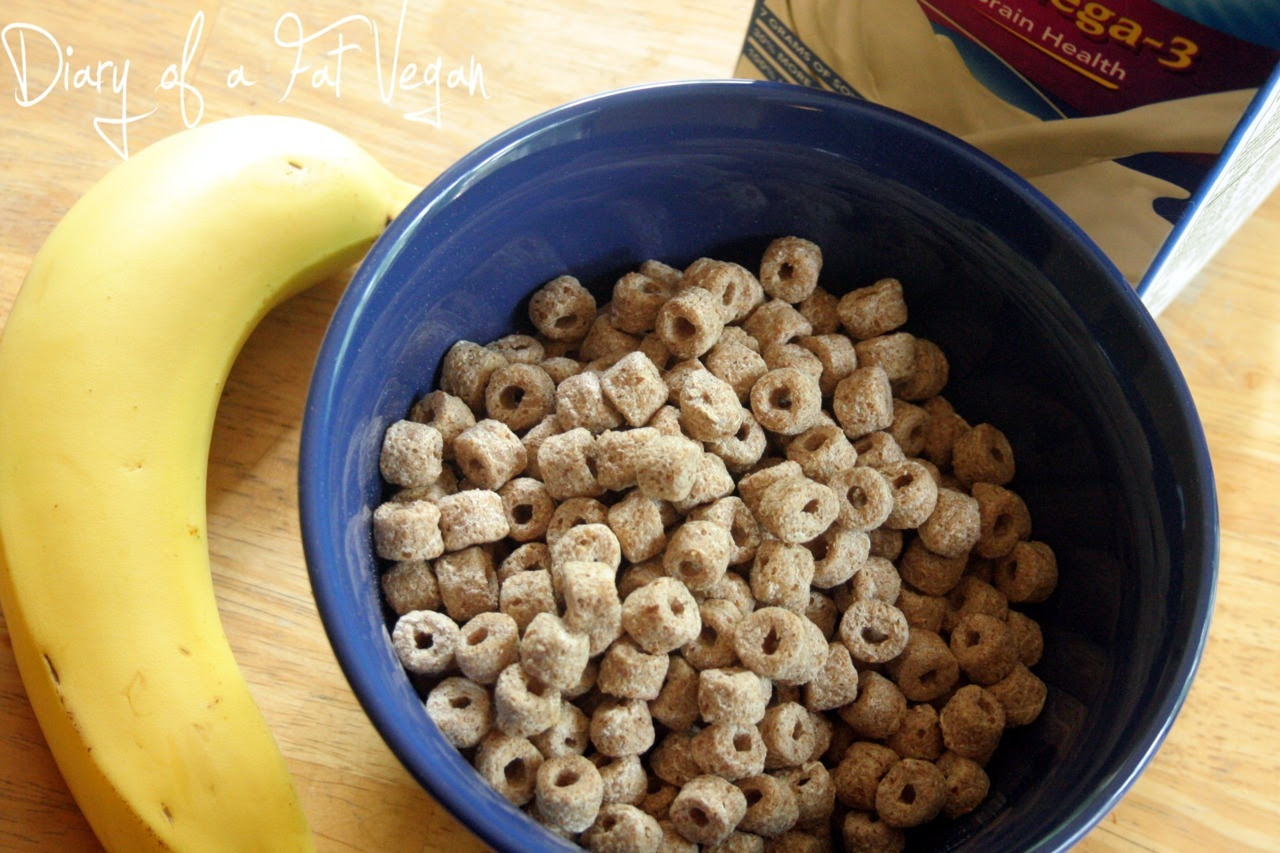 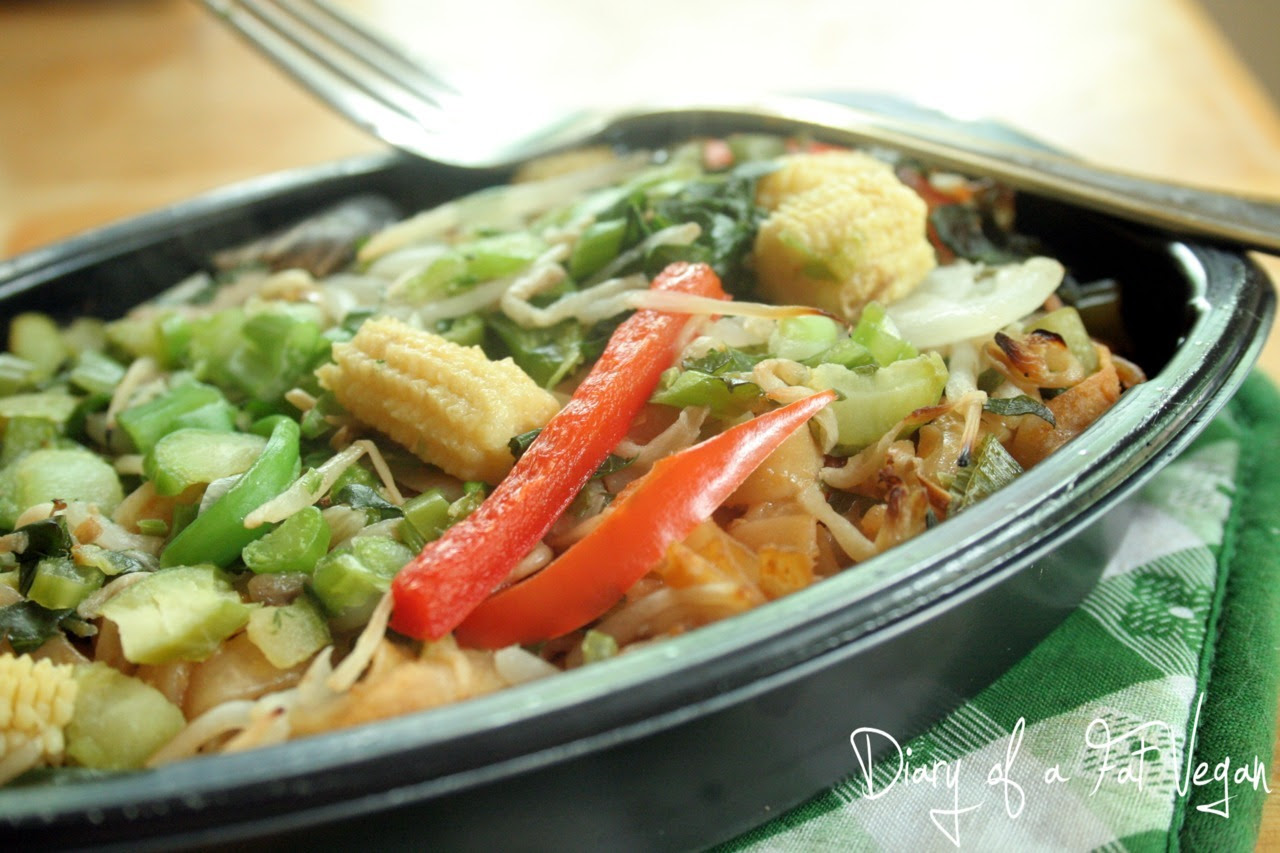 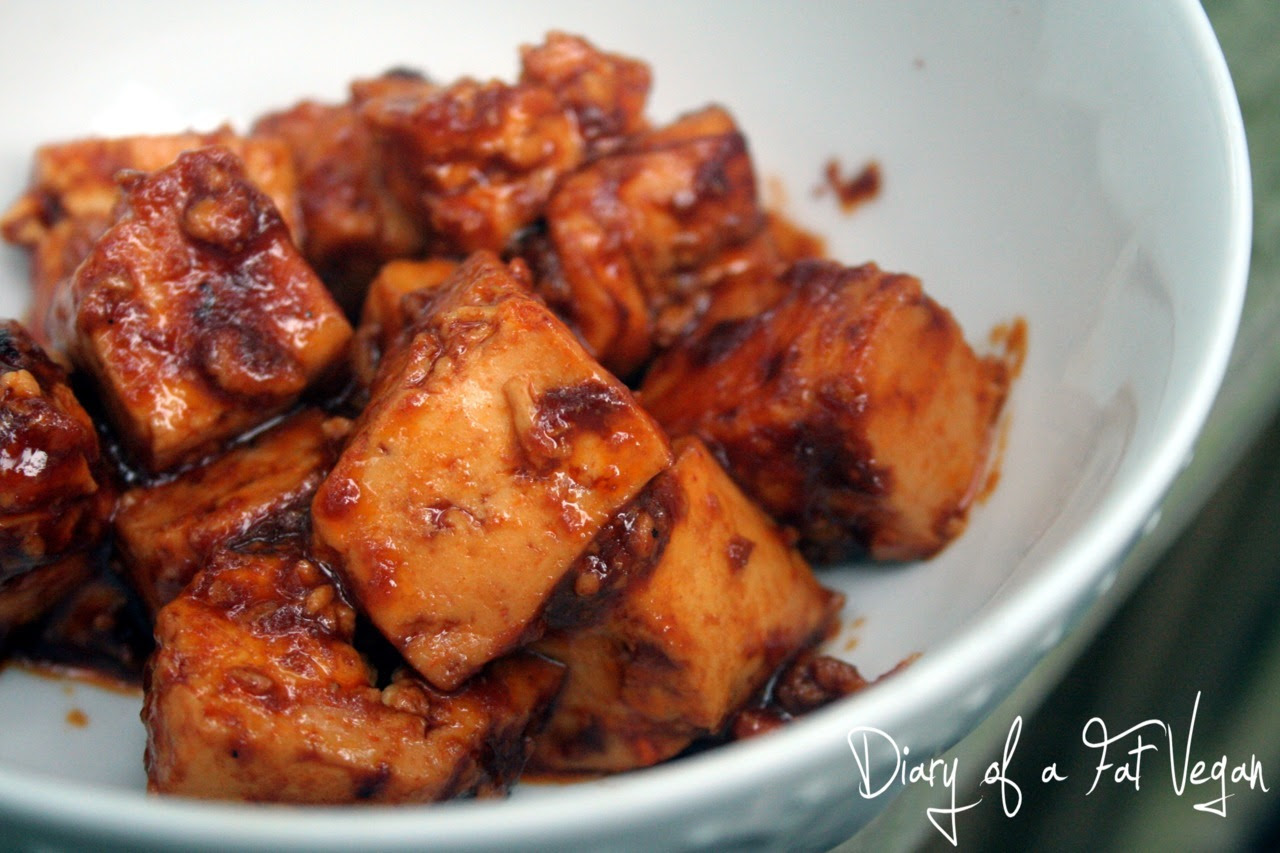 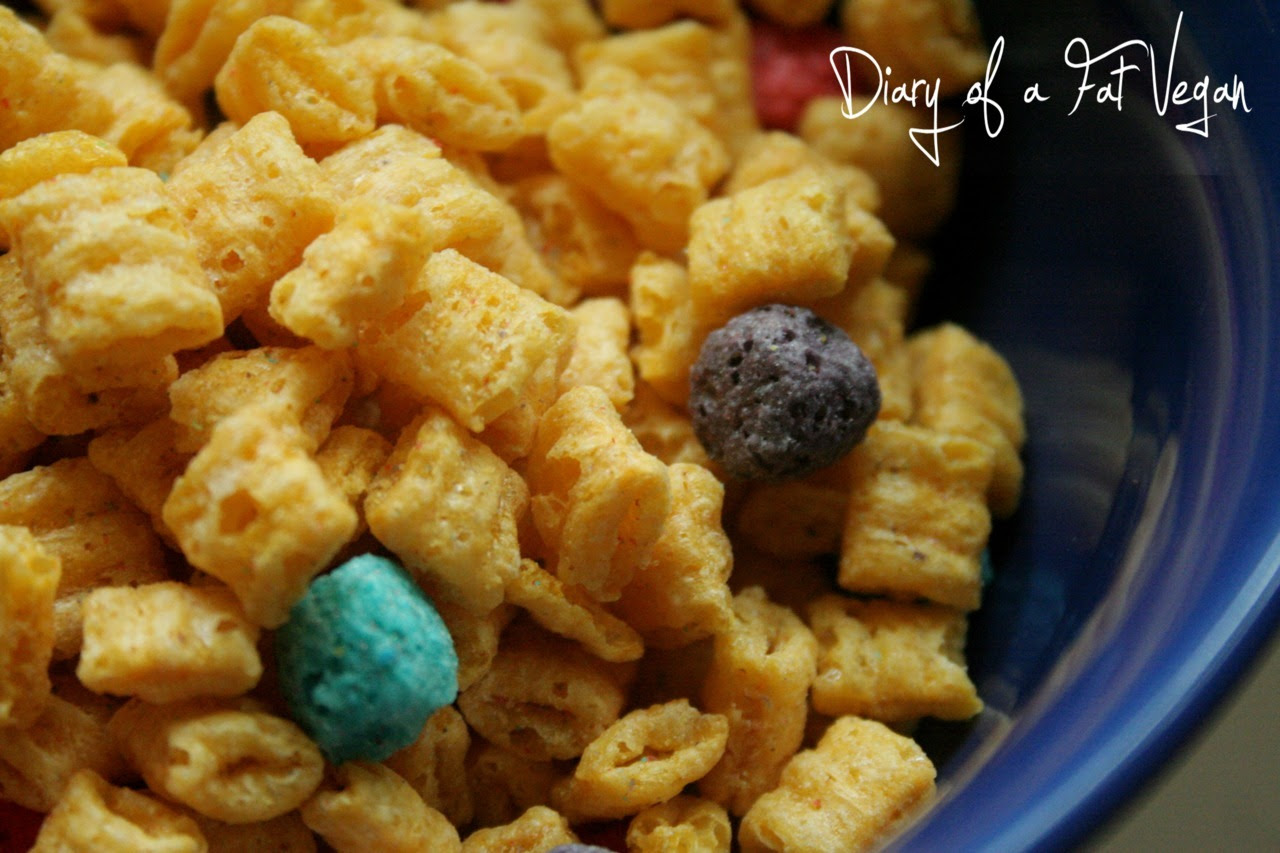 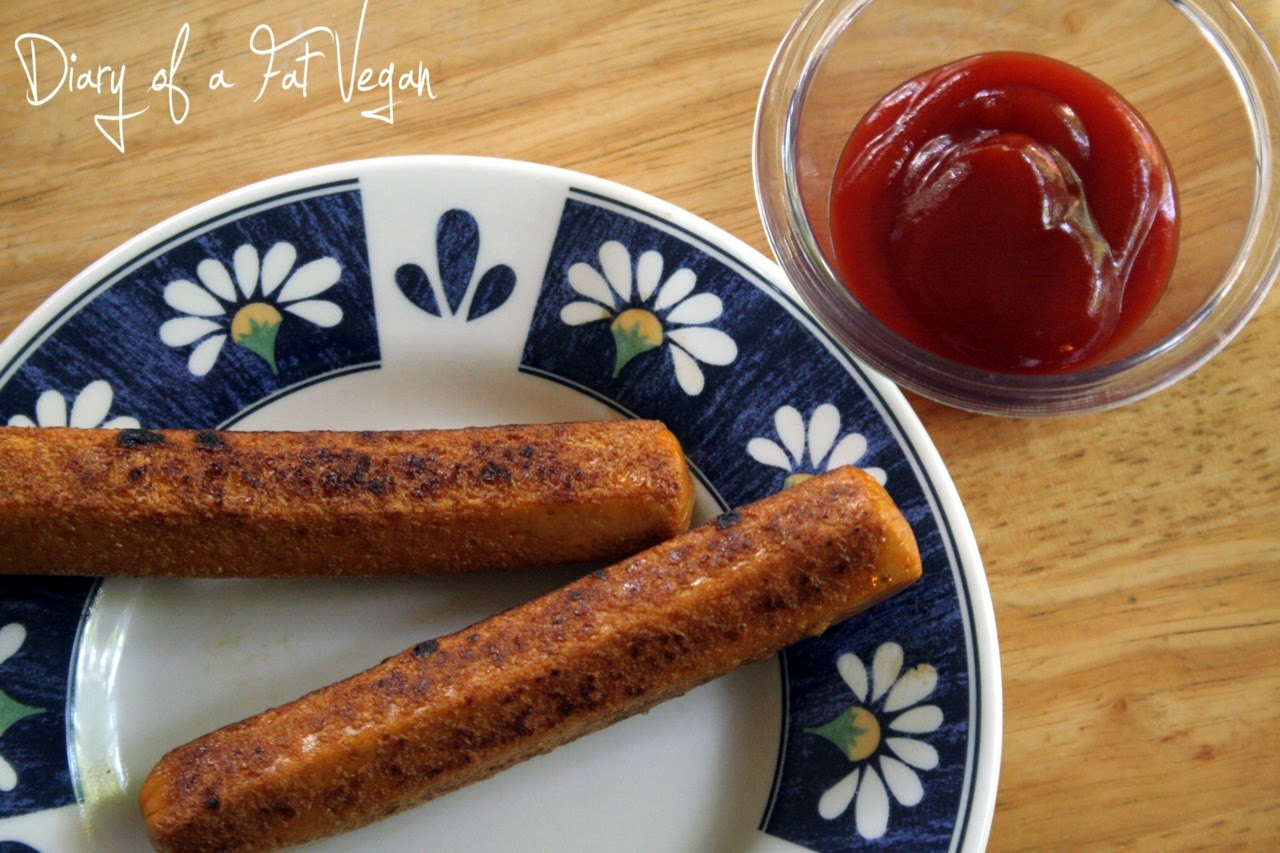 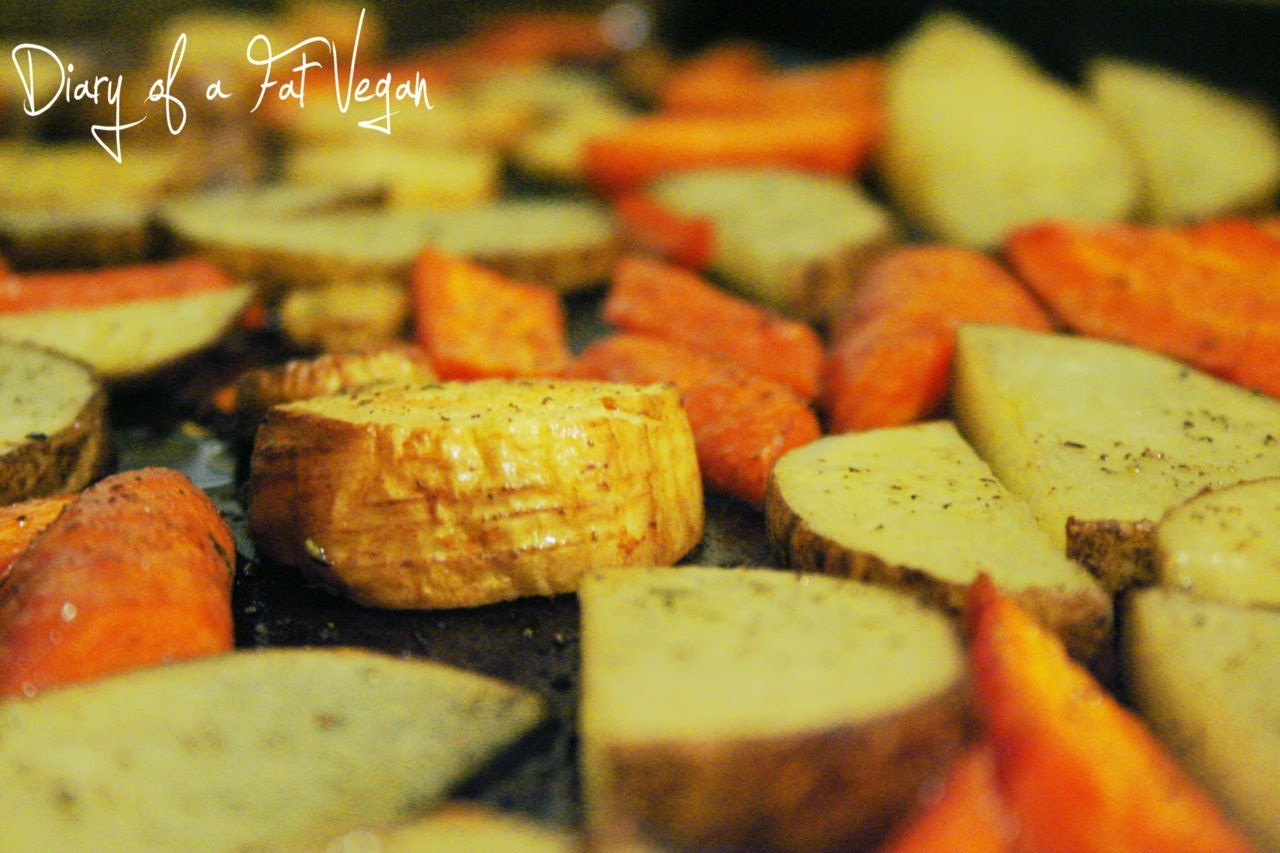 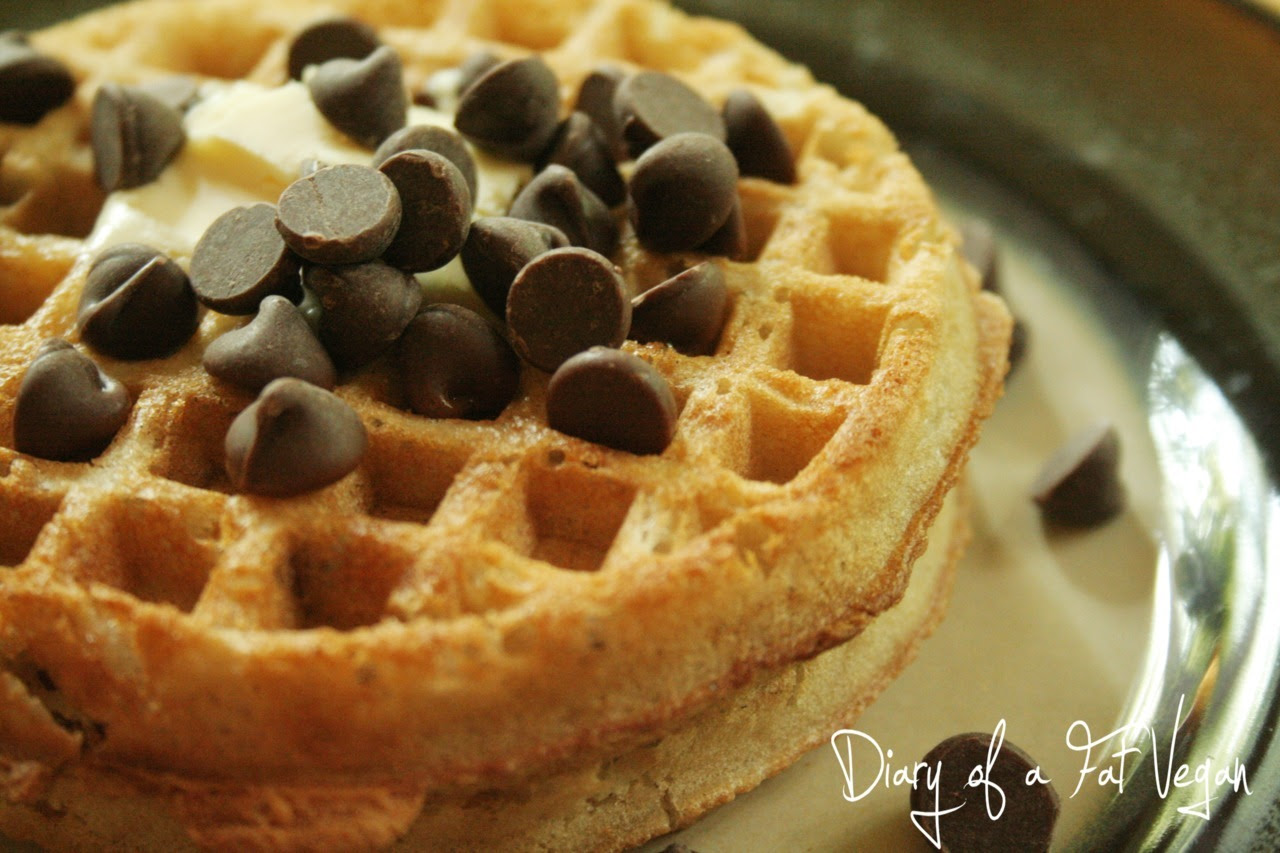 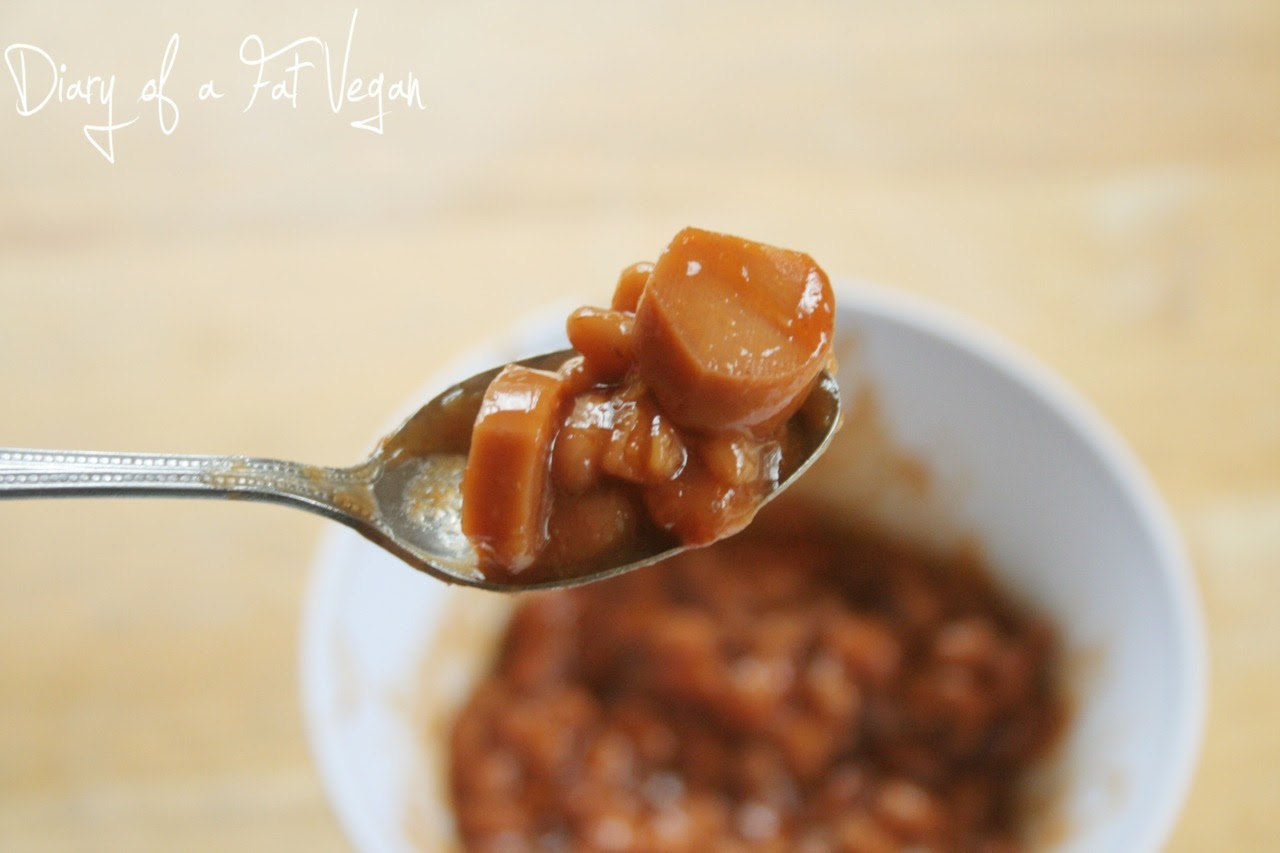 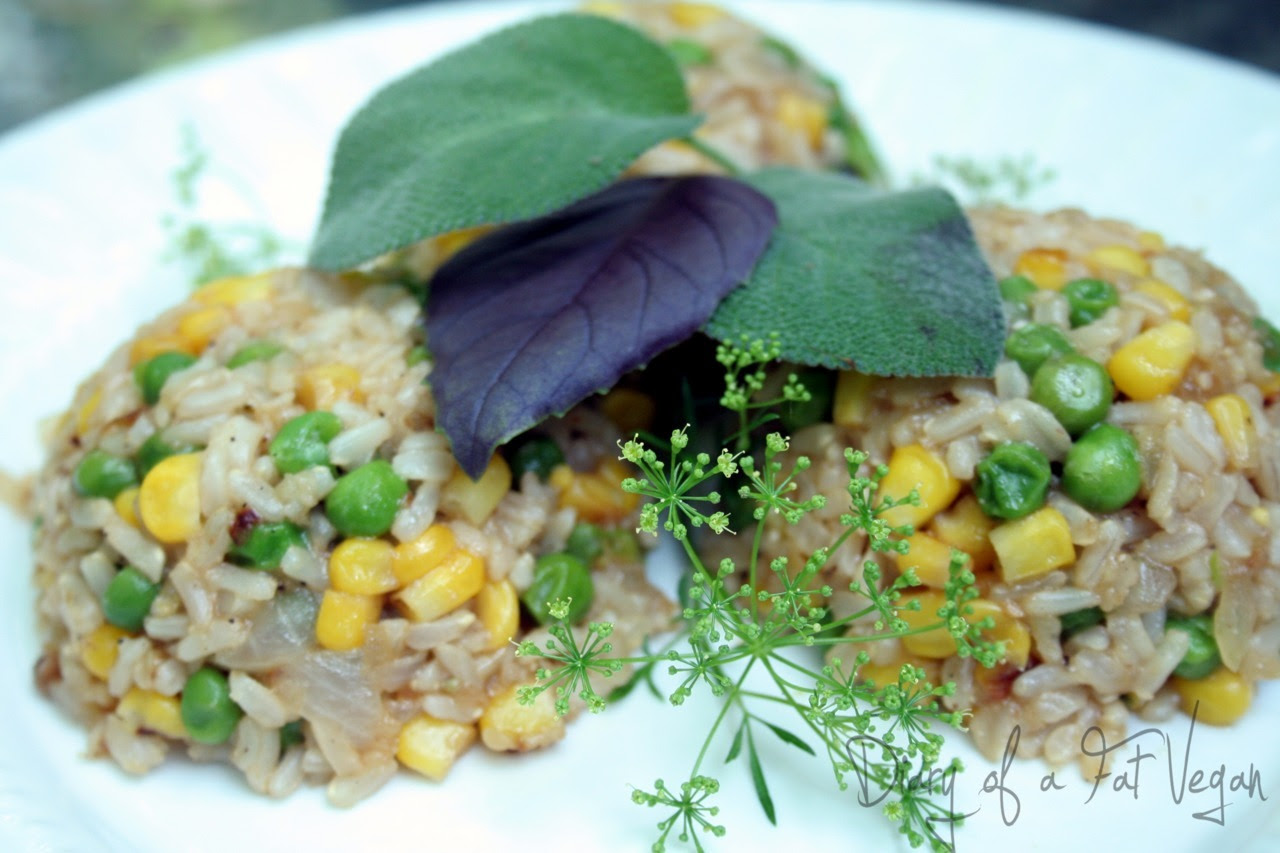 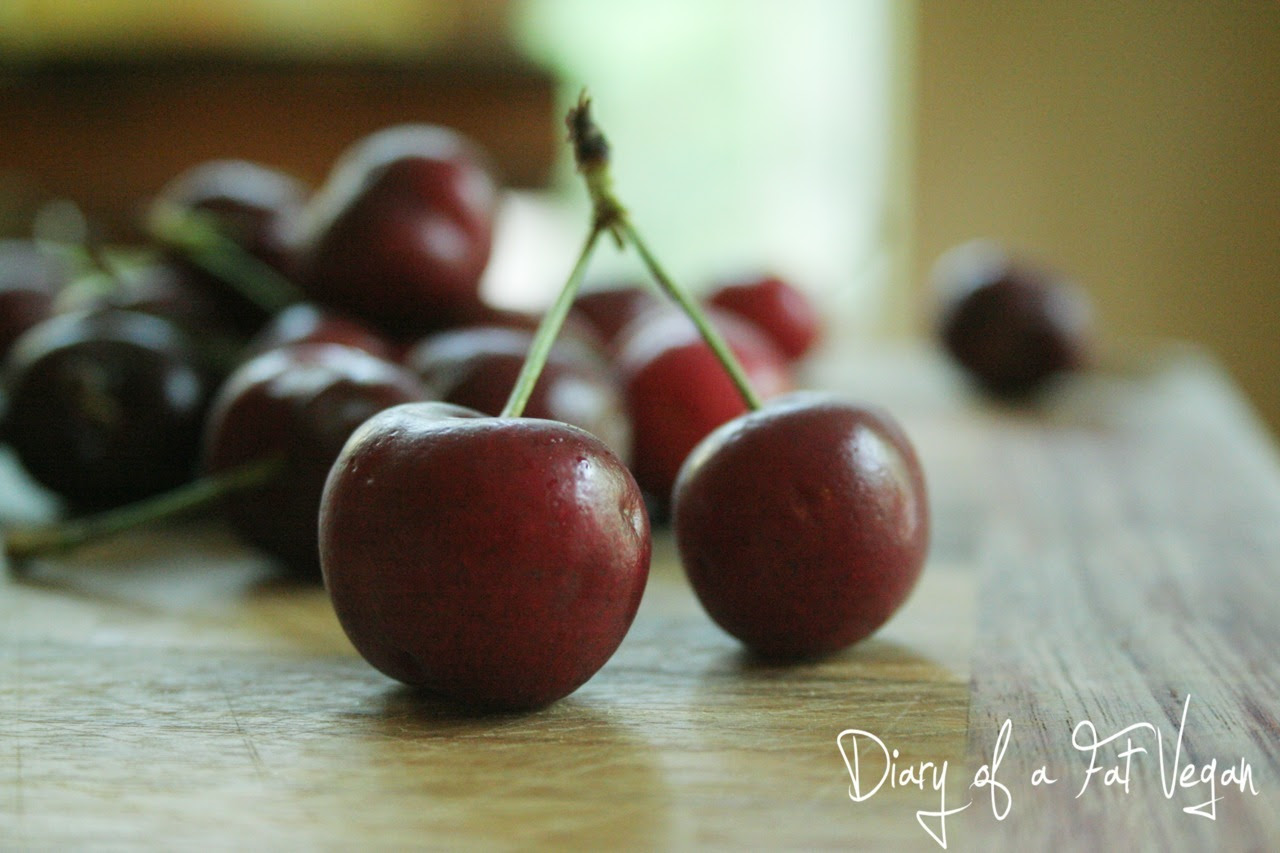 Today I'm sharing my interview with Cat from Friend of Marilyn where I talk a little bit about my blog and what I do. This is my first interview so feedback is appreciated. :) Please go to her itunes page where podcasts are available for free. If you don't have itunes, you can search for Friend of Marilyn under "on demand" here.

I had a great time both posing for the camera and taking photos with the NC Photography Group in Greenboro. We had a group of great models whom I really enjoy working with on both sides of the camera. If you want to see some of the photos that I took from the walk go ahead and visit my facebook or flickr. Anyway, I got some great photos from several talented photographers so enjoy.

Today, I am ashamed.

I don't usually go off topic, but what kind of rights activist would I be if I didn't mention the huge failure of North Carolina citizens in yesterday's election on Amendment One, the amendment to the state constitution which now defined marriage as between one man and one woman. Domestic Partnerships and Civil Unions are also no longer recognized in the state, even among straight couples. Only 34% of Carolinians got out to vote yesterday. The right wing may have won on the amendment, but they failed as decent human beings and, therefore, we all failed. By not voting, by losing, or by bigotry- we all failed in some way.

I want to say a huge thank you to everyone who spend their time, money, and resources campaigning against Amendment One and now it's time to refocus those efforts on repealing this government sanctioned bigotry. If the system works correctly it will be overturned as unconstitutional as it should be. I know that every state is on it's way to allowing gay marriage, but in these moments it seems difficult to imagine living in a country where fear and bigotry and oppression aren't the ruling force. We've made some headway as DOMA was struck down as well as DADT. I know we're doing well, I just don't feel it. Today I am disappointed in my state and I am ashamed to live here.
at May 09, 2012 2 comments:

NC residents- vote NO on amendment one!

Amendment one would add an amendment to the NC constitution to define marriage as between one man and one woman. Remember, this isn't a straight or gay issue, it's a human issue.

No government has the right to tell its citizens when or whom to love.  The only queer people are those who don't love anybody.  ~Rita Mae Brown
at May 08, 2012 1 comment:

Not that it's actually snowing as NC has hit 95 in terms of temperature already this past week, but my new white hair doesn't reflect that. While I'm not sure what color I'm doing next (suggestions?), I'm kind of enjoying what I've got. 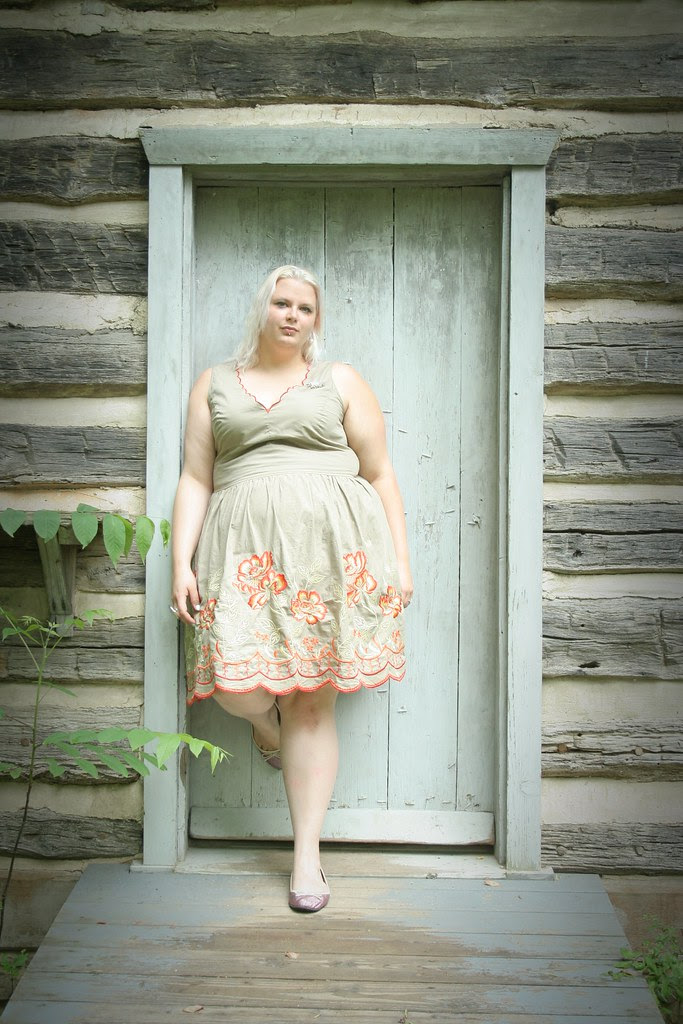 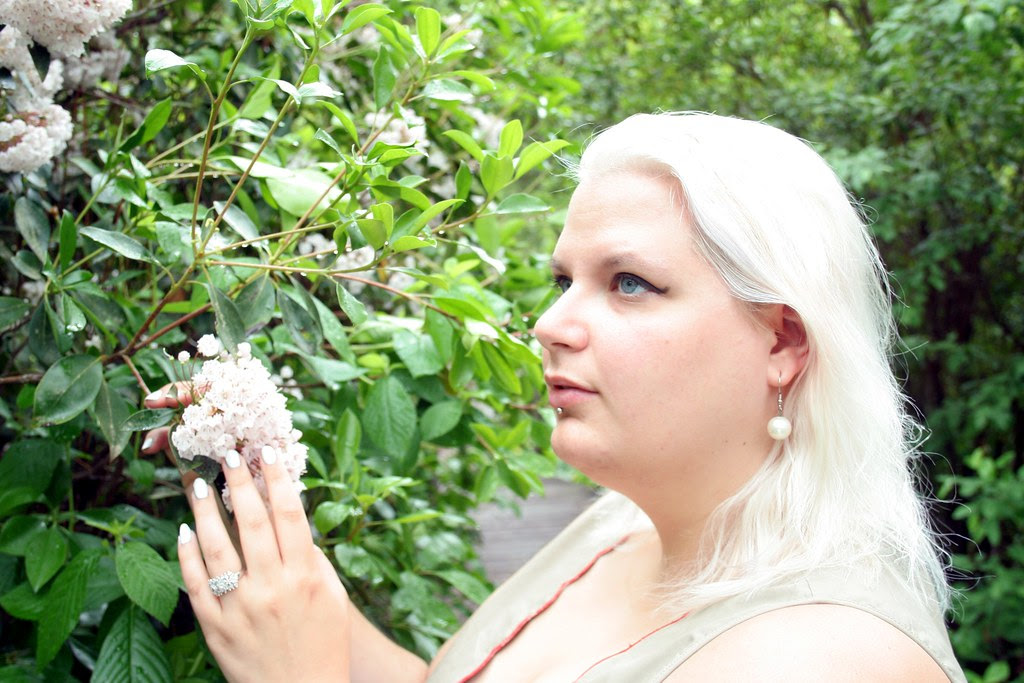 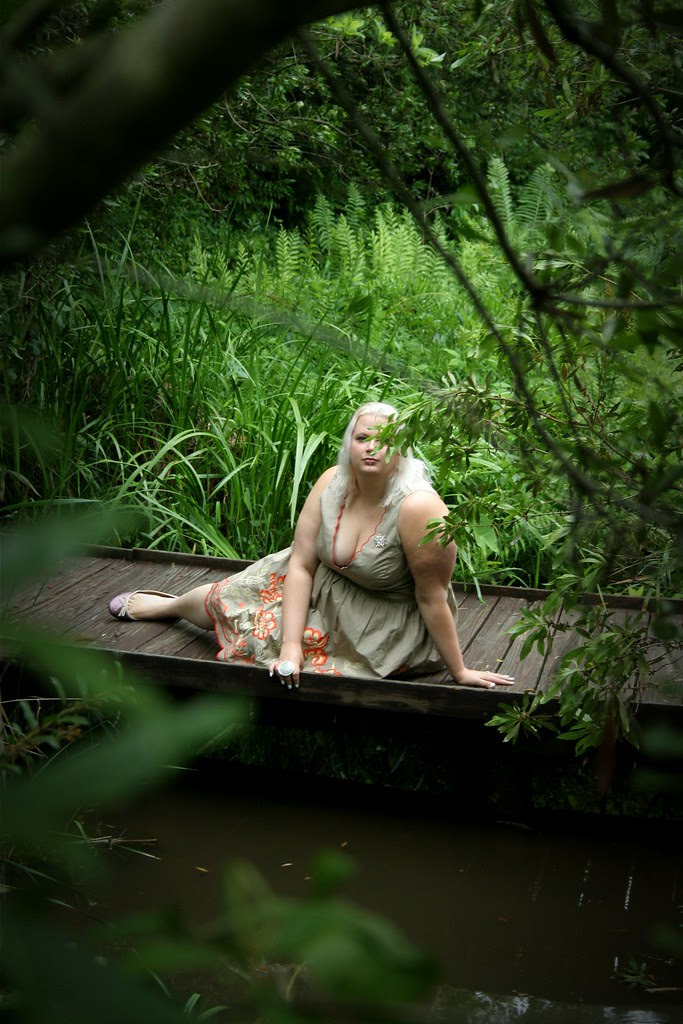 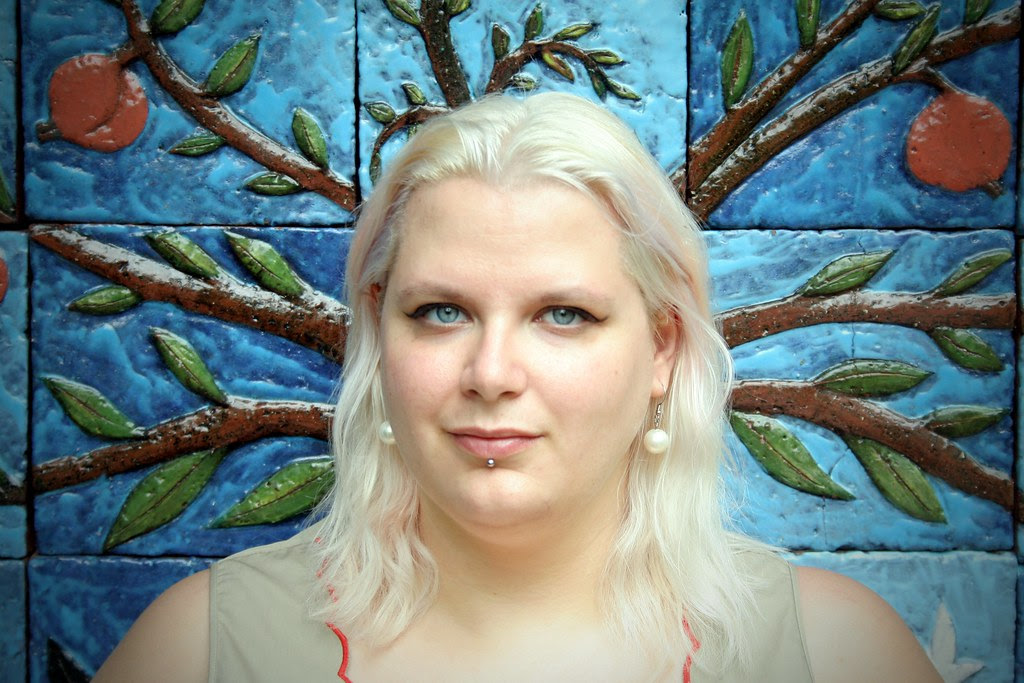 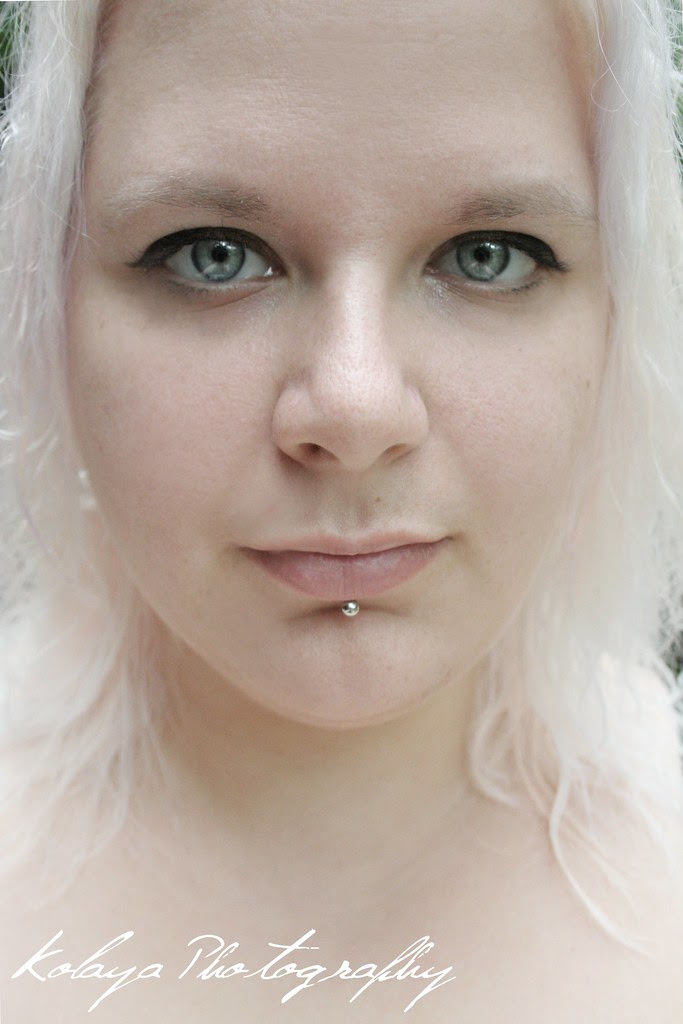 This was an okay workshop. There were too many models and not enough photographers so I ended up sitting on a bench for an hour while other models worked with photographers and no one wanted to grab me up. I tried nosing my way in but no one was having it. The organizer,Chris, did a great job of putting me in the group shoots to make sure I had equal camera time. The first time it worked great (thouh I only got a single photo each from three photographers out of the dozen or so there), the second time the photographers literally ignored me (except for two people) and then shooed me away to bring in another model. Not the best experience. Group shoots are never as good as one on one shoots, of course. But, here are the results- I hope you enjoy them.