It Doesn't Matter What You Eat- Food Is Why You're Fat 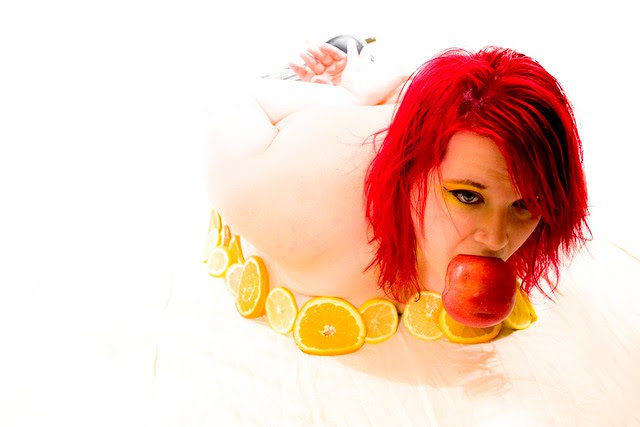 It's funny how memories can just pop up over the littlest things. I got up this morning and poured myself a bowl of cereal and it reminded me of some old diet advice I was given.. I suppose when you spend so many years dieting it's natural to have a hell of a lot of memories. In this case the sentence that popped into my head was, "Well, there's your problem- the Cheerios!". Yes, I'm serious- the secret to why I was fat according to this fitness guru (I believe this conversation took place when someone crossposted a question on reddit.com to the fitness subreddit without my permission) the entire reason why I didn't lose weight, even though I was starving myself, was because I ate Cheerios. I started thinking of all of the absolutely bogus excuses that people came up with for my fatness.

"Maybe you eat too many bananas" (when I was briefly a raw foodist and consulting a dietitian about weight).

"It's because you're vegan! Vegans are carboholics" (assuming I ate lots of pasta without even asking).

My favorite: "You must be lying about what you eat".

Upon finding out that I exercised every day: "That's not going to do you any good, your body gets used to it, duh" (in an obvious attempt to indicate that I was simply too stupid to exercise properly.. so exercise.. but not every day.. or something like that.  #butiwasexercising*).

"You eat too much fruit" (from a different person than the dietitian- they insisted that fruit was no different from shoving cupcakes in your mouth).

"You don't eat enough. You need to keep your metabolism up" (or the alternate "You eat too much- doesn't matter how little or much you actually eat).

I'm sure there are more that I'm not thinking of right now.. but the anti-fruit people are the ones that make me laugh the hardest.. or maybe just the ones who make me afraid for humanity the most. I don't mean that literally of course.. just an exasperated exclamation about the ignorance of the general public on issues of both fat and health. When you begin villianizing fruit in attempt to further fatphobia, then the extremism of fat hate has gotten to a point of being simply astonishing. Add your own bizzare diet advice or "you're fat because" comments. Then we can all have a good laugh together at how ridiculous they are and a good cry over the fact that we, sadly, used to believe them (what were we thinking?!).

*anyone else notice that the last bit looks like "sexercising"? Now that sounds like a good workout!
at April 24, 2011 7 comments:

So you know those truly mortifying fattie stories that we all manage to have and seem throughly embarrassed about for no good reason? Well... the embarrassment would have been pretty substantial before I l earned fat acceptance. Now.. I just think it's funny.

Moving: is there any bigger pain in the neck? (obviously there is but not for the purpose of this story). I just moved to Chapel Hill- about an hour away from my old neck of the woods. The packing and heavy lifting up two flights of stairs, down a bridge and through the parking lot was bad enough, but you have to, you know, clean and junk, when you're finished. I know! They make you do it because they'e inhuman. I had already spent one entire day, by myself, cleaning the old apartment but now Ironfroggy and I were heading back to clean the carpets and repaint. I made sure to put on my oldest, rattiest, ugliest jeans to paint in (I did have a pair of paint jeans but they no longer fit comfortably as they're size 20's). We stopped by the store to pick up some other cleaning supplies.. I was resigning myself to another full day of horrendousness while getting back into the car when I don't so much hear it as I feel it.. RIIIIIIIIIIP! I stopped, a look of severe annoyance on my face and turn to Ironfroggy and say, "Umm.. dear.. my pants just ripped". Of course, he insisted on seeing so I got up to show him and sat back down- feeling the rip lengthen. After a couple of inappropriate jokes about placement of holes in my pants my poor hubby was forced to go into a clothing store and find me something to wear.

This would be bad enough for any significant other who had no idea about clothing sizes (he doesn't even know what size he wears), but to have to shop, on the fly, for a fat significant other? That's no easy task. I couldn't even guarantee there would be sweat pants in my size. We ended up going to walmart (not going to start a walmart debate here but it was the closest store that I thought would have my size) only to find that they don't really carry clothes for fat people anymore. Beyond my own predicament this is a problem for lower income fat people who can't afford Torrid or Lane Bryant or other "plus size" shops (I hate that term). And then you get websites like peopleofwalmart.com (don't go there unless you want to be furious) that thrive on making fun of poor fat people- especially their clothing.. which apparently they can't even buy at walmart anymore (not that they were ever fashionable but at least it was something). Anyway, my husband could, of course, not find anything in a size 22. Thank goodness for very stretchy clothing from George.. I was able to comfortably wear a size 16/18 skirt (yes that's right.. my only option was a size 16 stretchy lycra skirt.. to paint in).

So beyond the irritation and ridiculousness of discrimination in the clothing world this was an interesting experience for me for one main reason. Before fat acceptance I would have been mortified, blamed how fat I am on the tearing of those jeans, and then I would have thought about it and tormented myself over it for days or weeks sending myself spiraling into a deep, dark, fat, depression. But you know what? I really just thought it was funny (and maybe a little irritating that I had to spend more money- moving is already expensive- and that I had to get a skirt which sucks to clean in). I didn't feel embarrassed and I didn't even blame it on my weight. I guess you could argue that the jeans ripped because my ass was so big and causing the fabric to strain.. but then we'd have to pretend like I was the only person who strained fabric across their ass... that thin people don't also wear skin tight jeans (these weren't even that tight actually - just old) or that their asses don't also press against the material when they sit down. We'd even have to pretend that thinner people never rip their clothing which just plain isn't true. My pants ripped because they were old and poor quality to begin with.. that and no other reason. And honestly? I'm tickled pink about it.. it's like this really stupid, funny joke. I even called my mom to laugh about it after it happened!

So.. it feels kind of weird to be writing about how ripping my pants is actually not a big deal.. because it means I'm making a big deal out of a not big deal, and yet it's kind of necessary to let people know that stuff like this isn't the end of the world. Hell, it's not even the end of the day.
at April 19, 2011 1 comment: