Who knew wood nymphs came in plus size? (Hint: I did!). Thanks to the wonderful ICU Photography for this set. It was really fun putting the costume together (by which I mean burning my fingers while hot gluing things to other things). 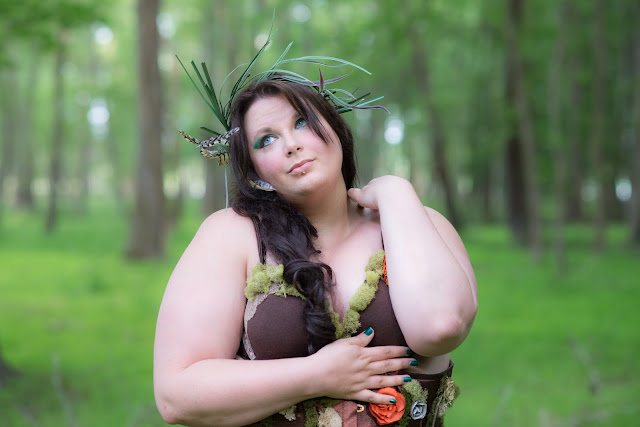 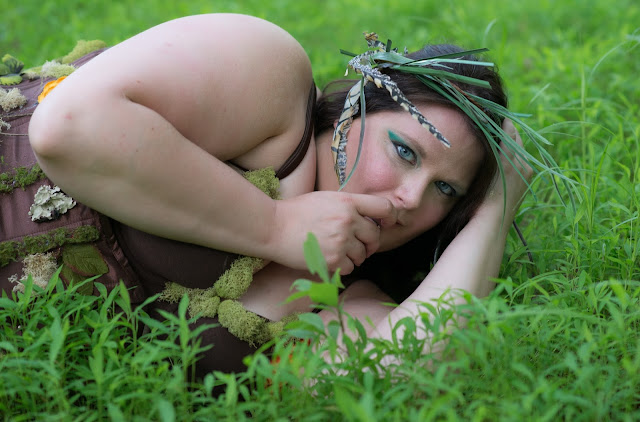 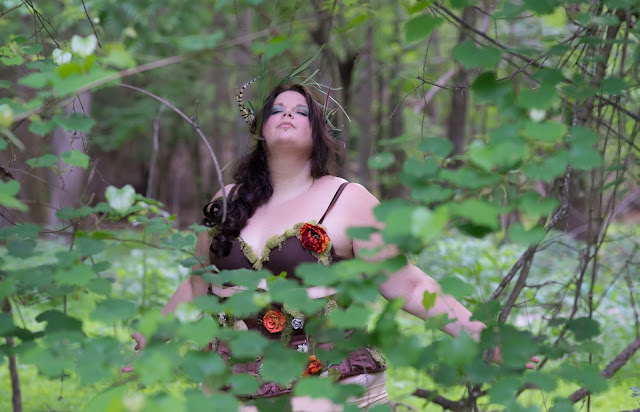 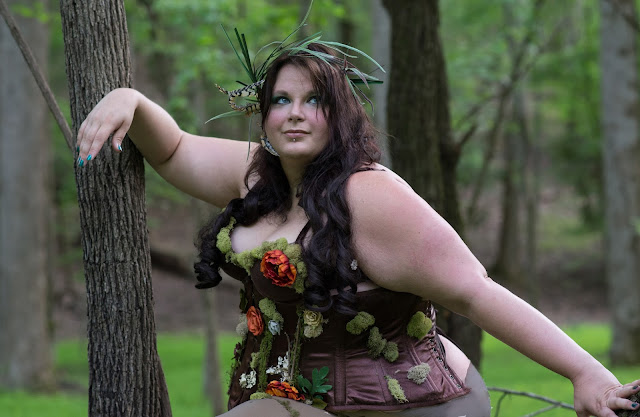 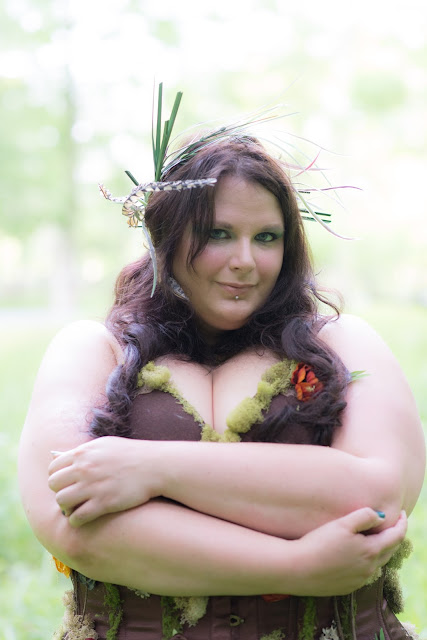 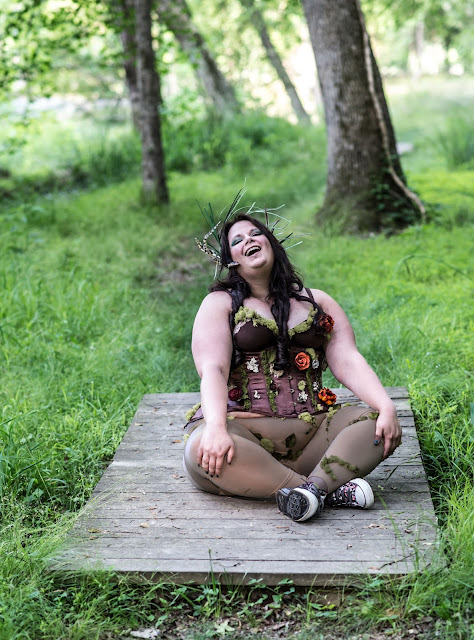 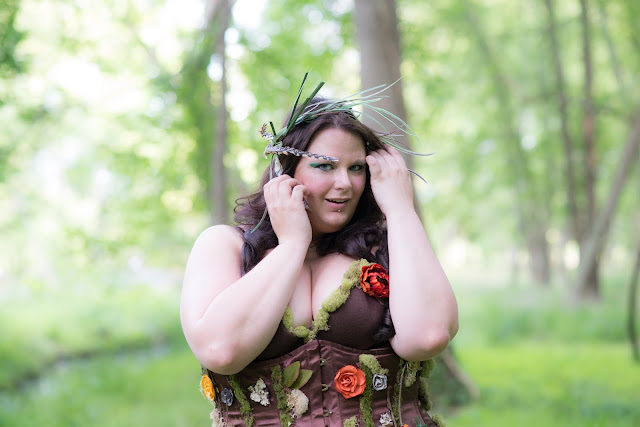 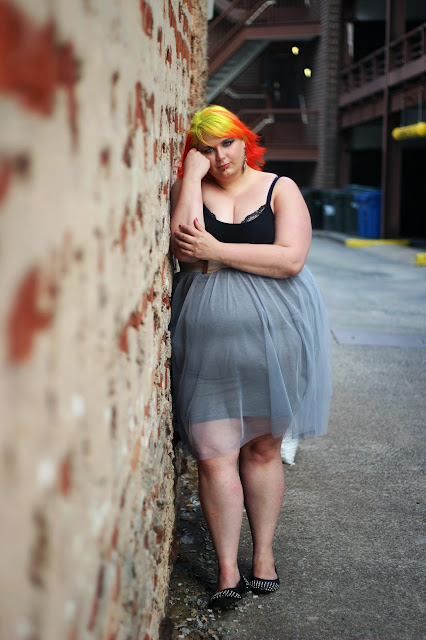 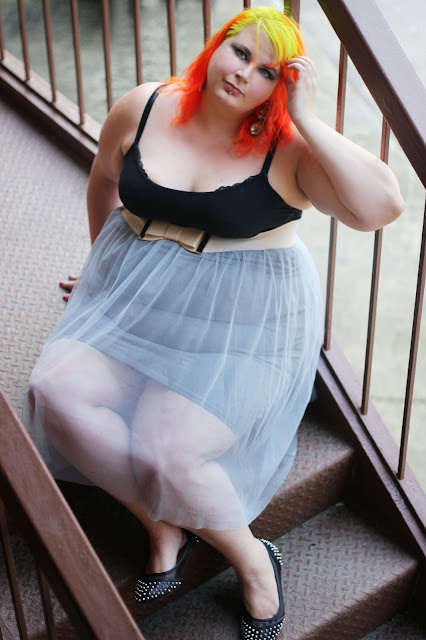 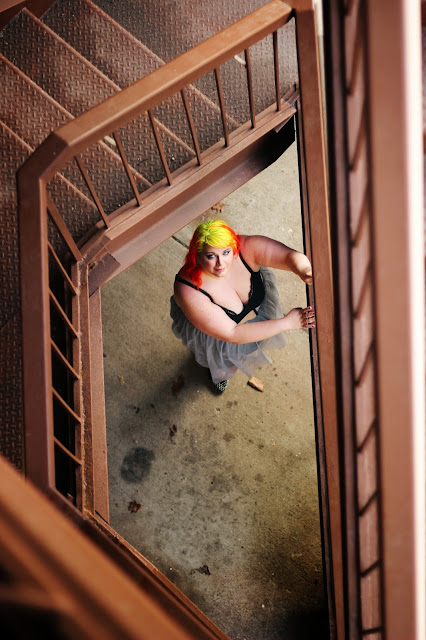 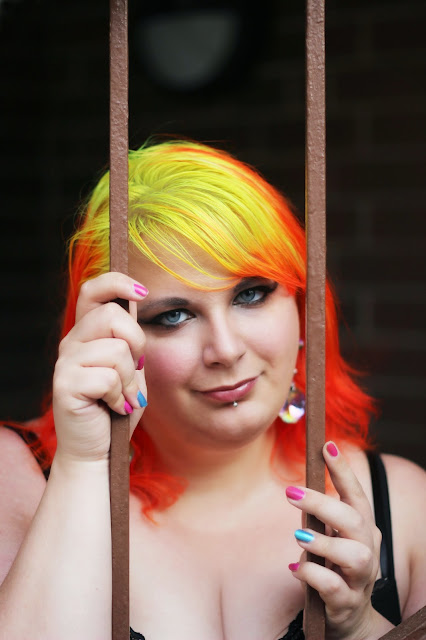 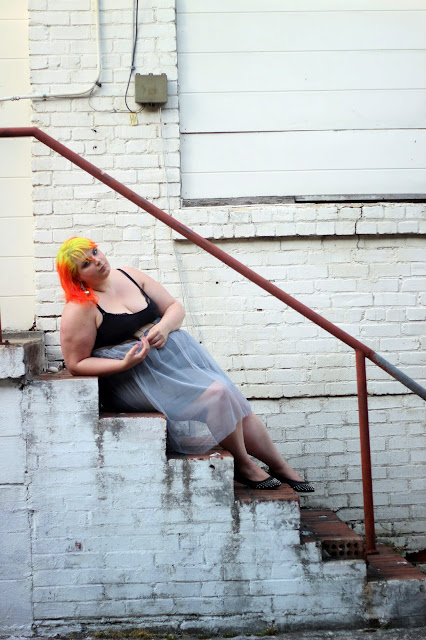 Why is it that so many fat activists and people within the fat activist community have been turning their backs on FA in favor of The Fantasy Of Thin? I'm so tired of seeing fat role models decide to lose weight. Rosie Mercado comes to mind, but she's only one of many. I've seen many bloggers embark on a "weight loss journey". The 95% probability that they'll gain it back and then some doesn't seem to bother them, they're too caught up in dropping pant sizes. What really bothers me is the damage that this does to the fat acceptance community. Yes, it often damages individuals too, but so do a lot of things. Usually I say something's not my business... unless it's promoting oppression. As the old saying goes, your right to swing your fist stops at my nose.

Now, I'm a queer woman. I've fallen in love with men and women and had my heart broken by both. It's a pretty common belief that queerphobia is harmful and that people just, you know, shouldn't be assholes. They should be tolerant and accepting and, heck, even happy for us when we manage to find happiness, regardless of whom that's with. I don't hear a lot of people saying that it's someone else's choice to be queerphobic and we should walk on eggshells to not offend them or hurt their feelings because, you guuuuuuys, it's THEIR choice to hate people. Never mind that it results in anything from job discrimination, to suicide and murder. Oh no no, let's let them be. Live and let live, right? Except they're not really letting us live are they?

I feel the same way about fatphobes really. Even people with internalized fatphobia. It does so much damage to the rest of the fat community and it literally can cost people their lives.. yes, from job discrimination to suicide, being fat in a fatphobic society sucks, and when you give into that fatphobia, you're making it worse for the rest of us.

Now, this doesn't mean that I don't understand where they're coming from. I wasn't always a fat activist, I hated myself, I dieted, I was suicidal, I was extremely fatphobic. But I also didn't go around saying I was a part of the FA community and totally on board with fat acceptance as I'm starving myself. Meaning that if you're going to decide to lose weight, you need to recognize that you're no longer body positive and that you're harming your fellow fatties. And don't be surprised when people call you out, because people will definitely call you out.

I'm pretty tired of tip toeing around dieters in order to avoid offense. I'm not going to put up with queerphobes, sexists, or fatphobes (or any other kind of bigotry for that matter, but those are a few that apply to me). Just because something is normalized in our culture doesn't make it okay or protected.

I have a couple of people in the FA community that I still look up to. People who haven't given in. People who are still fighting for equality. But every time I see a friend or blogger or activist fall prey to this misogynistic beauty ideal, a little piece of me dies. It makes me so sad and angry and disheartened. This means that I just have to fight harder I guess.

This is just an update on my life and what's been going on. My goal this year has been to cut back on photoshoots a bit. Partially because it's difficult to find photographers willing to work with a model of my size and shape and it's become an endeavor that takes up too much time and energy, and partially because I have so much else going on. Bellydance, burlesque, yoga, chorus, volunteering, photoshoots, working, and more. I barely have time anymore! I'm pretty exhausted, but enjoying it.

I've also noticed that I'm not shocked by much anymore, which is why I write less. I see something that, a couple of years ago would have gotten my blood boiling, and I shrug my shoulders and think, "oh, of course, here we go again". I think I'm experiencing activist burn out. And, let's face it, there's some pretty bad things going on in the country right now that are not fat related that I've been focusing on.

None of this means that I'll stop doing what I do. I'll still try to post as often as possible, both photo and text posts, but they'll be less frequent (as they already are I suppose). Don't feel as if I've abandoned you! I'm just busy living life right now. (Which reminds me, I have photos from my burlesque performance to upload!)

I do have a themed photoshoot coming up soon so keep an eye out for that (I'll be putting a lot of work into the costuming). In the meantime, how about some suggestions on topics you'd like me to cover (or re cover)? You can be my muse!
at May 06, 2015 No comments:

Email ThisBlogThis!Share to TwitterShare to FacebookShare to Pinterest
Labels: life, time got away from me, update
Newer Posts Older Posts Home
Subscribe to: Posts (Atom)